World no. 8 HS Prannoy and Commonwealth Games gold medallist PV Sindhu will lead a strong Indian contingent in the Badminton Asia Mixed Team Championships, to be played in Dubai from February 14-19. The Badminton Association of India (BAI) once again followed the system of picking the top players directly and conducting trials for the rest of the squad to select a team that is capable of challenging for a medal in the prestigious continental competition.

The last edition of the event in 2021 had to be canceled due to the COVID pandemic and the Indian contingent would be keen to show how far they have come since 2019.

Lakshya Sen would be the second men’s singles player in the squad while Aakarshi Kashyap would provide backup to Sindhu in women’s singles. 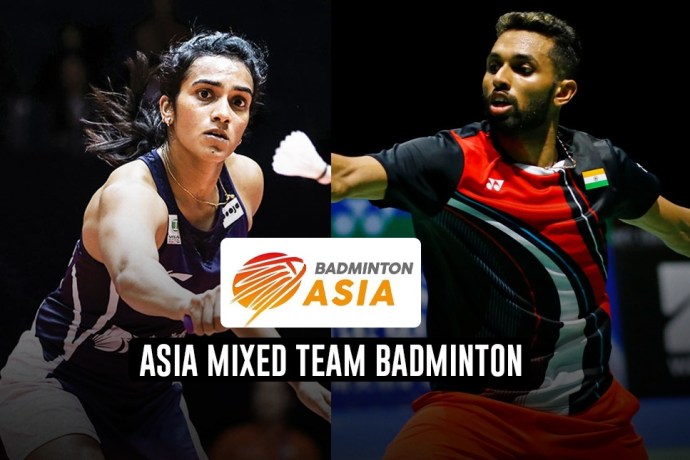 French Open champions Satwiksairaj Rankireddy and Chirag Shetty would have to shoulder the men’s doubles burden with Krishna Prasad G and Vishnuvardhan Goud making it to the team as the second pair.

“We have picked a very strong team that is capable of beating any top nation on their day. Our men’s team had shown during the Thomas Cup last year what happens when they find their rhythm and I am confident that this team can also finish on the podium,” said BAI secretary Sanjay Mishra.

All England semifinalists Gayatri Gopichand and Treesa Jolly will be the main women’s doubles pair with Ishaan Bhatnagar and Tanisha Castro expected to be picked for the mixed doubles.

Previous post Sania Mirza ‘Plans’ To Retire At WTA 1000
Next post Don’t Think He Can Do That Again
zeeshanshaan40@gmail.com