Novak Djokovic said Tuesday the reception he had received in Australia was more than he could wish for and the good vibes would reflect in his tennis as he targets a 22nd Grand Slam title this month. The Serbian star, who will bid for a 10th crown at the Australian Open, is back in the country a year after being kicked out for refusing to be vaccinated against Covid-19. He was barred from returning for three years, but the government has since lifted the ban and Djokovic made a winning return at the Adelaide International, beating Frenchman Constant Lestienne 6-3, 6-2.

The 35-year-old was given a warm welcome when he played a losing doubles clash on Monday and received similar treatment on a packed center court.

“It’s great to be back. To see the packed house for my first match was definitely a very pleasant surprise. Lots of support, lots of love,” he said at a press conference. 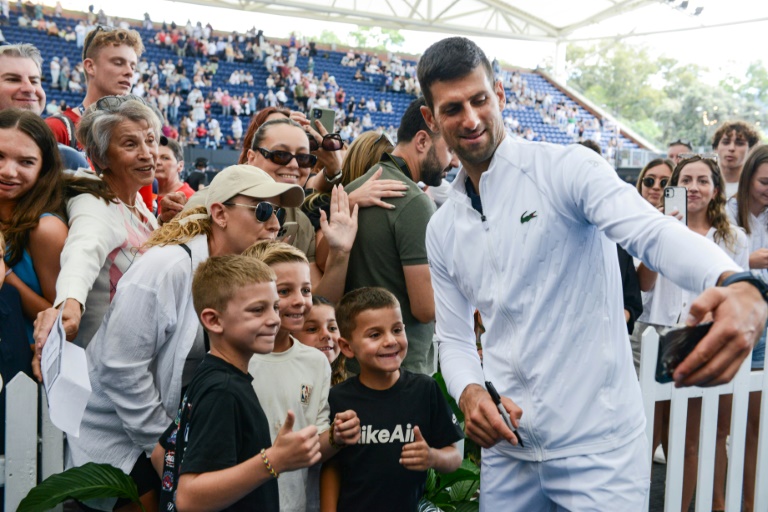 “That obviously motivated me and allowed me to express myself in the best possible way on the court with my game.”

“A lot of Serbia flags, I know the Serbian community here in Adelaide is big but I didn’t think so many would come and I thank them very much.”

Last year’s Australian Open was overshadowed by Djokovic being put on a plane on the eve of the contest after a high-stakes legal battle over his visa status.