Arsenal goalkeeper Aaron Ramsdale did his best to keep his sheet clean as the Gunners secured a brilliant 2-0 victory over North London rivals Tottenham Hotspur. However, late into the game, Arsenal goalkeeper Aaron Ramsdale had to go through unforgettable circumstances when a fan tried to kick him. Ramsdale had gone behind the goalpost to pick up his water bottle when the fan tried to kick him.

Security officials and the players of both teams had to intervene as tempers flared after the full-time whistle on Sunday. 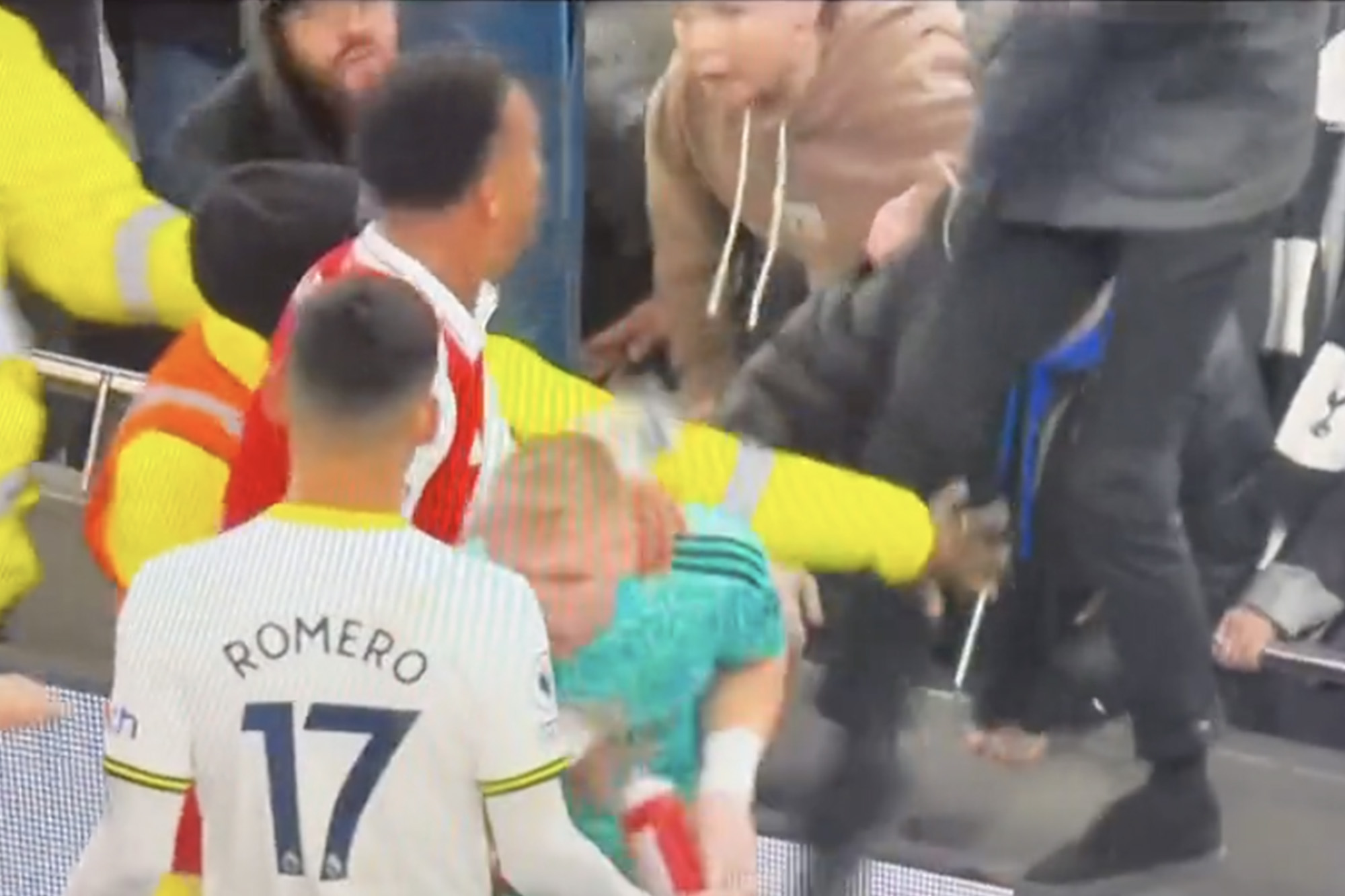 Violence in any form has no place in football.”

“The club has reviewed its CCTV footage to identify the supporter and will be working with the Met Police, Arsenal, and Aaron Ramsdale to take the strongest possible action, including an immediate ban from Tottenham Hotspur Stadium.”

Previous post Virat Kohli Is GOAT Of International Cricket
Next post ‘Devastated’ Kyrgios Out Of Australian Open With Injury
zeeshanshaan40@gmail.com